A new brawl game arrived at the kingdom: Crown Battles. Be ready for 3vs3 clashes in this battle game with tons of action. Pick your hero and capture the crown to become the king of the arena.

A new brawl game arrived at the kingdom: Crown Battles. Be ready for 3vs3 clashes in this battle game with tons of action. Pick your hero and capture the crown to become the king of the arena.

👉 The main game mode is called Capture the Crown, it’s like the famous capture the flag game mode. The objective is simple, capture the crown placed in the middle of the battleground and hold it for 15 seconds for the win. Remember, if the enemy team captures the crown you need to be fast to recover it.

👉 The most popular multiplayer mode is also available, and it’s simple and easy, the first team to reach the 10 Kills wins the match! Don’t forget to use the special skill to score, it can be decisive for your team to come out a winner.

👉 Every hero can be unlocked for free as you progress through the game. In addition, the awesome skins and emotes will make your opponents wish to get them! Start playing now and become the next crowned king!

👉 The easy controls make the quick-action experience even better! You move your hero around using the left joystick and shoot by dragging the right joystick in any direction and releasing it.

👉 Crown Battles super features:
★ 3vs3 non-stop battles that don’t last more than 2 minutes!
★ Open treasure chests to increase the ultimate ability faster!
★ Select a hero from your top tier list and get the glory!
★ Dual-joystick in portrait orientation!
★ Focused on a balanced experience and no pay to win!
★ Heroes with unique abilities and over the top weapons!
★ Daily special offers are totally free!
★ Use dance moves on players that you have eliminated!
★ Compete and reach the top of the Leaderboards!
★ Complete missions to unlock Achievements and in-game bonus!
★ Play on the offline mode if you have a slow internet connection! 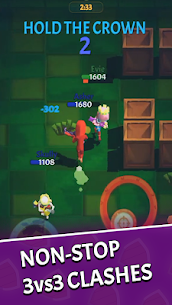 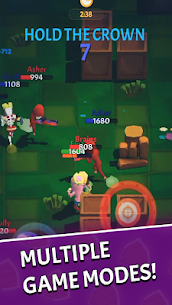 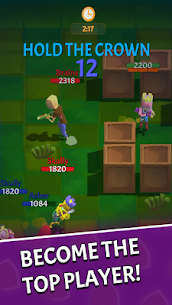 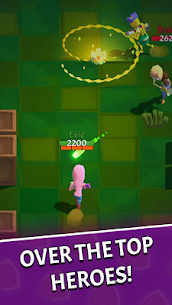 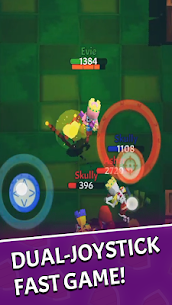